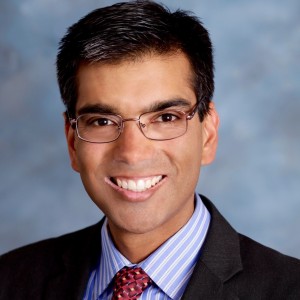 Shirish Gupta mediates & arbitrates with JAMS, where he is known for his legal acumen and economic prowess, which makes him particularly adept at diving into complex financial/technical disputes, including patents, securities and accounting, and class actions. Shirish has successfully settled numerous cases and is sought out by Silicon Valley startups, as well as Fortune 500 companies. He once settled 36 separate cases in six hours.

Prior to joining JAMS, The Recorder named Shirish the Best Independent Mediator.

In 2013, Shirish’s mediation skills were recognized when he was recruited to mediate Superstorm Sandy insurance coverage claims in New York. At the peak, he was mediating and resolving four claims per day.

Shirish is a Lecturer at UC Berkeley School of Law and an Adjunct Professor at UC Hastings, where he teaches Negotiation.

He has been active in the majority and diverse bars. Shirish served as President of the South Asian Bar Association of Northern California, a Director of SABA and Alternate Regional Governor of NAPABA.

When not mediating, Shirish can usually be found on a soccer pitch refereeing.

Shirish is a published authority on Alternative Dispute Resolution.  His articles have been published by The Daily Journal, The Recorder, the State Bar of California and county bar associations.  His ADR-related articles include:

Presentations Shirish has given: