Blog
You are here: Home / Blog / A Guide Buying/Leasing an EV/HEV in California

In September 2014, our 11 year old sedan was rear-ended and totaled.  But for the accident, we would have kept that fully paid off 20 MPG car for another 3-5 years.

Faced with a 30-day deadline to buy a new car, we embarked on a thorough search of the internet, Facebook friends, in-person friends and local dealerships.  Living in the San Francisco Bay Area, electric vehicles are everywhere, so that’s what we considered first.

November 2015 UPDATE: With gas well below $3 per gallon, most EVs and Plug-In Hybrids cost more to operate than conventional gas engine cars.  For example, we drove to Union Square and recharged at a Chargepoint station in the Sutter-Stockton garage.  It cost $1 to get 10 miles of charge.  Since the Prius in hybrid mode gives 50 MPG, the electricity cost equates to $5 per gallon.  So, electricity was double the price of gas.

Suffice it to say, we’re not planning on paying to recharge until the price drops to about $.50 for 10 miles of charge.  Sadly, even charging at home costs more than paying for gas. 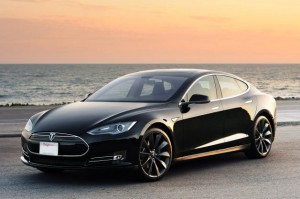 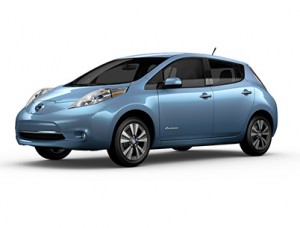 We test drove and seriously considered EVs but ultimately rejected them because:

That said, we know loads of people with EVs, mostly Nissan Leafs and Teslas.  If the Leaf’s range was 200 miles, it would have been a stronger option.  It was peppier and bigger than I expected.  In retrospect, given the low price of gas, I’m glad we didn’t choose the Leaf.

We’ve never been in a Model S and at $90k, we won’t be buying one anytime soon. 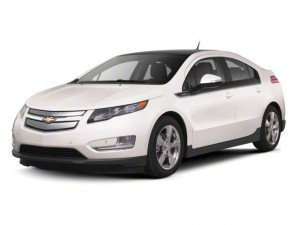 Once we nixed EVs, we then considered plug-in hybrids, specifically the Chevy Volt.  A good friend of ours has a Volt and raves about it.  A test drive showed that it is a very good car.  But here’s why we didn’t buy it: 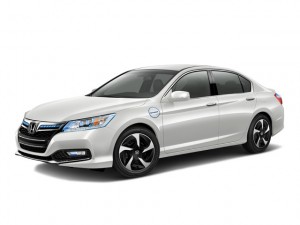 We looked at all 3 versions of the Honda Accord: Plug-In Hybrid, Hybrid and Gas Engine.

Nixing the Plug-In was easy because it is too expensive – it starts at $40k (before the tax credits).  The Chevy Volt at $34k is a bargain by comparison.

Nixing the hybrid was a bit harder.  It was fun to drive and had plenty of features, but the $7k hybrid premium would not offset the 20 MPG gas savings (50MPG vs. 30 MPG), especially in our current world of sub-$3 per gallon.  Even, at $4 per gallon gas, we wouldn’t have recouped the premium.  Another downside is the hybrid version’s trunk is quite small.

We were very close to pulling the trigger on the Gas Engine Accord.  We’ve owned 2 Accords in the past and the test drives confirmed it to be a solid, reliable and efficient car giving about 30 combined MPG.  It also had compelling bells and whistles, like the standard right turn blind spot camera.  But we nixed it because it was pricer than a comparable Prius which gives better gas mileage. 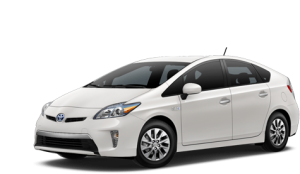 The Prius has been around for a decade now.  It’s a car we know well–my in-laws have two and my brother had one.  In our test drives, it felt solid and our research showed it to be a reliable car.

At the start of our search, we didn’t even consider the Prius Plug-In because of its paltry 10 mile EV range.  The range isn’t even enough to take the kids to school and back on EV. (Two months in, we’re getting about 130 MPG to school and back.  It’s not all EV, but it’s almost 8x better than the 20 MPG our other car gives.)

But at 1 am the night before we were going to buy the conventional Prius, I took another look at the Prius Plug-In.  That’s when it clicked: even though the delta in MSRP between a Prius 3 and a Prius Plug-In is $4k, we’d get $4k back in tax credits.

So, it would not cost us anything to upgrade.

Assuming that the Prius gives 50 MPG and the Plug-In gives 95 MPG, $4 per gallon gas, and driving 12k miles per year, the Plug-In should use $450 per year less in gas.

But it would used $240 per year in electricity. So, it would take 10 years to recoup the Plug-In premium.

At $2.50 per gallon gas, however, we’ll never recoup the premium.

But that’s where the carpool sticker comes in.  In order to promote clean air, California allows EVs, EV Hybrids, and natural gas vehicles to get a sticker which allows them to use the carpool lanes even when there aren’t 2 or more passengers in the car.  The Prius Plug-In (like the Accord and Volt) qualifies for the California carpool sticker.  So, time and energy saved sitting in traffic could offset the $2k Plug-In premium depending on where and when you drive. 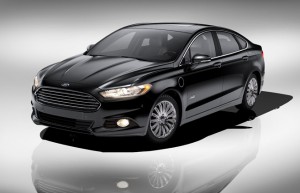 Ford offers plug in (Energi) versions of its compact C-Max and standard Fusion models.  A friend who recently bought a C-Max Energi raved about it.  But because these were priced higher than the Prius Plug-In, we didn’t investigate further.

Once we decided what we were getting, we had to decide whether to buy or lease.  Typically, we drive cars into the ground and have never leased one.  But we were open to it, especially for new technology that’s likely to change dramatically in the next 5 years.  For example, it is unthinkable that the Prius Plug-In will only give 10 miles EV five years from now.

Our expected annual gas/electricity budget for the Prius Plug-In is less than $700.  But even if the range goes to 30 miles in five years, the operating cost wouldn’t go down by more than $100 as some of the gas savings would be offset by increased electricity usage.  That’s a long way of saying that a plug-in that gives 10 miles is probably good enough for us for 10 years.

After talking it over with our accountant and given our penchant for owning, we decided to buy.

One thing we did not anticipate is that for short trips, we’re using the Plug-In instead of our other car which gives 20 MPG.  So, we’ll likely exceed the 12k miles per year limit on leased vehicles.

I hope this helps you in deciding what to purchase.

Shirish Gupta is an award-winning mediator and arbitrator with JAMS.
Book a mediation with Shirish.

Opening a Solo or Small Firm Practice in California