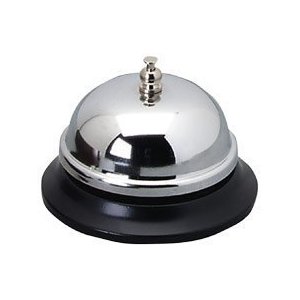 We all develop habits. A habit is a behavior that we once consciously decided to do and then it became automatic. For example, when addressing a group, we may start looking left and then panning right. It’s not something most of us think about, we just do it. 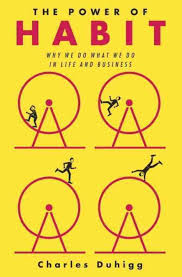 In fact, in Charles Duhigg’s bestseller, “The Power of Habit: Why We Do What We Do in Life and Business,” he states that about half of what we do in our daily life is out of habit. An example he gives is backing out of one’s driveway — the first time you do it, it requires a lot of focus, but within a week, your hands know exactly how many degrees to turn the wheel and the precise amount of force needed for the brakes. Your subconscious mind just takes over.

This holds true for mediators, as well.  But the tools of  improv comedy can help break those habits. 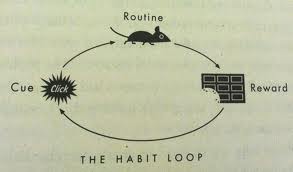 If you’ve ever been to an improv performance or seen Whose Line Is It Anyways, you’ll recall that the performance is unscripted and there is no telling where it could go. Two performers could be establishing a carefully crafted scene about a Thanksgiving dinner and a new participant walks in claiming to be a pirate from the 1600s looking for gold.

Rather than fight the change, the original performers must think on their feet, flow with the new information and incorporate it seamlessly into their scene. The performers understand that staying fixated on their original idea will stop the action in its tracks and no progress will be made. To do this well, they keep practicing all of their skills rather than going for cheap laughs or clichéd performances.

The same skills that allow performers to flow with the unexpected on stage can help mediators flow with the unexpected words and actions of conflicting parties in a way that moves all participants towards a resolution. In 2012, the authors traveled around the country conducting workshops for mediators, litigators and negotiators to try these skills first-hand. At the events, participants employed tools including “Yes And”, “Ding” and “2 Word Story” that forced participants to quickly adapt and try new approaches.

For this post, we will discuss two techniques: Yes, And… and Ding:

One of the fundamental principles of improv comedy is for the performers to say, “yes, and” instead of “yes, but.” For example, if two performers are in a scene and one says, “I think my wife is cheating on me,” the other may be tempted to say “yes, but that’s just because you’re crazy” This may garner a quick laugh, but it stops the action from moving anywhere; there is nothing left for the performers to do other than change the topic or keep arguing about whether the first person is crazy.

A stronger response would be to say something like, “yes, and I know that’s true because I am the one she is cheating with.” Not only will this also get a laugh, but it also opens a world of possibilities for where the scene could go next.

In an improv context, “yes, and” moves things forwards, opens up creativity, and creates a collaborative relationship.

The same dynamic appears in mediation. Disagreeing parties make no progress because both sides are entrenched in a “yes, but” position. The mediator himself can get stuck in a “yes, but” mindset, thereby limiting his ability to facilitate the negotiations.

“Ding!” is an improv comedy exercise where a performer begins telling a story and then, when a third-party rings a bell (Ding!), the improviser must instantly change the direction of the story. Regardless of where the performer thought the story was going before, he must now introduce new information that changes everything. Improvisers who struggle tend to “freeze up” when the bell rings. They get so fixated on where they originally wanted the story to go that they are unable to let go and flow in a new direction. The best improvisers are able to turn on a dime, trusting that by changing directions they will end up in a better place than they started.  Here’s Ding in action;

Though the Ding game creates some rather silly stories, the skills that let an improviser play the game have tremendous applications off-stage.

Life (and mediations) work very similarly; you have a plan and goal that you are working towards, but more often than not something (or someone) throws you a curveball that changes everything. Mediators who can flow and change direction quickly will be able to keep things on track no matter what occurs.

This is not to say that all goals need to be abandoned. With practice, the best improvisers are able to change instantaneously while keeping things moving in a positive direction.

The key is in being willing to take the first step. To improvise effectively, you must be willing to flow quickly, even without a 100% mapped out plan for how to get to your goal, and then trust that your creativity will either a) get you to your goal or b) get you to somewhere better.

“Yes, and” and “Ding” are two powerful techniques from improv comedy. On their own, they can help any professional flow with the unexpected. When you combine the two (i.e. changing direction quickly and then saying “yes, and” to keep driving things forward), you will really start to reap the benefits of improvising at mediation.

Avish Parashar is an energetic and humorous speaker who uses his 20+ years of experience performing, teaching and studying improv comedy to show organizations and individuals how to deal with the unexpected quickly, effectively, and with a sense of humor. Avish is the author of “Improvise to Success!” and the Amazon best-seller, “Say ‘Yes, And!'” He can be reached at avish@avishparashar.com.

Shirish Gupta is an award-winning mediator and arbitrator with JAMS and a long-time fan (but not performer) of improv comedy. He has recently begun employing some of these techniques in his mediation practice.
Book a mediation with Shirish.