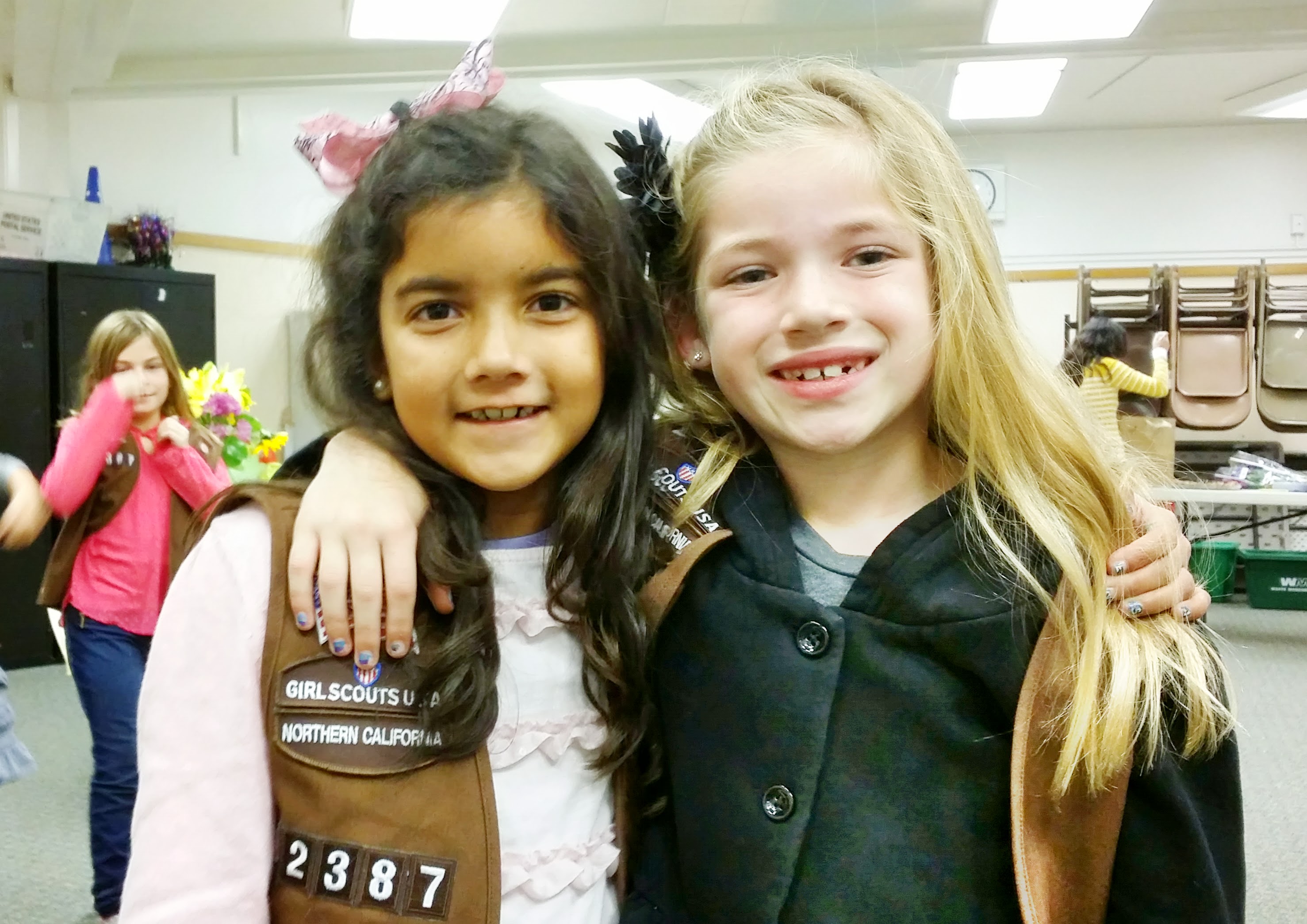 It’s Girl Scout cookie time.  You can’t miss it.  They’re in offices, on our social media feeds and in front of grocery stores around the country.

Now that our daughter’s a Girl Scout, we’ve joined the legions of families who have sold Girl Scout cookies—an American familial rite of passage.

The prep — Identifying the market

With boxes of cookies stacked high in our living room, we quickly had to figure out who we’d sell these to.  Our neighbors were the obvious choice, but in the dozen years we’ve lived here, we’ve never fundraised from them – we didn’t want to guilt our neighbors into contributing to all of the kids’ activities (though that doesn’t stop us from trick or treating- we’re not Communists, after all).

But this time was different.  There’s no way we could consume all those cookies ourselves.  So Eesha strapped on the brown vest, rehearsed her pitch, prepared note cards and prepared to sell-sell-sell.

In true Silicon Valley fashion, we beta tested the pitch on Michael & Terri, our lovely next door neighbors who we could count on to buy a box or two and put Eesha through the paces.

At the outset, we got stumped by Terri’s first question: what’s our troop number?  A simple and reasonable question- a quick check of Eesha’s vest revealed the 5 digit answer.  Good thing we’d beta tested.

Terri’s next question: what badges have you earned? Eesha started with an “I don’t know” but quickly pivoted to the Juliette Gordon Low badge she earned for learning about the founder of Girl Scouts.

Questioning completed, Michael got down to business “What flavors do you have?”  Half-way through Eesha’s recitation, I realized that we hadn’t brought all the varieties.  So, we steered them towards the available flavors and made a mental note not to overpromise at the next house.

Within 5 minutes, Eesha had sold a two boxes and worked out the kinks in her pitch.  With her confidence up, Eesha was ready to sell to the entire neighborhood.

It was smooth sailing from that point.  No one we approached flatly said no.  The only person who didn’t buy apologized profusely saying, “I bought them at work.  I wish I had known you were selling.”  Everyone else bought at least one box – these things sell themselves.

In fact, there’s tremendous goodwill associated with the Girl Scouts brand.  Seeing Eesha in her vest, many female neighbors reminisced about their troops.  A fifty-something neighbor divulged that she still keeps her patch-covered sash.  A ninety-something neighbor smiled broadly while recalling  leading her daughter’s troupe over sixty years ago.

The final tally after one night: 11 boxes sold. Eesha even sold one to her brother, who then questioned why he should have to share cookies that he bought out of his allowance with her.

Her sales were all the more amazing given that her opening line was “Would you like to buy some Girl Scout cookies?”  I was shocked that she’d go straight for the hard sell.  Usually, a salesperson tries to create interest by showing the value in the product/service and why they should buy it.  I suggested that Eesha tell a heartfelt story of how she loves being a Girl Scout and talk about where the money would go.  Eesha skipped over that and focused on the end goal.

But in retrospect, she was being efficient.  We all know Girl Scouts help develop and build the self-confidence of young girls, so why repeat it.

Admittedly, they’re not the best or cheapest cookies out there, but that’s not why people buy them.  Instead, they’re supporting a good cause.  So, why slow down the process with a long story.  Instead, it’s a simple one: “how many cases should I put you down for?”

In fairness, the houses we visited were all people who have been our neighbors for years, so they weren’t hard sells.  But, in the end, it was refreshing to see people want to help out a 7-year old girl and the good that Girls Scouts do.  (BTW: We’re taking pre-orders for next year.)

Shirish Gupta is an award-winning mediator and arbitrator with JAMS.
Book a mediation with Shirish.